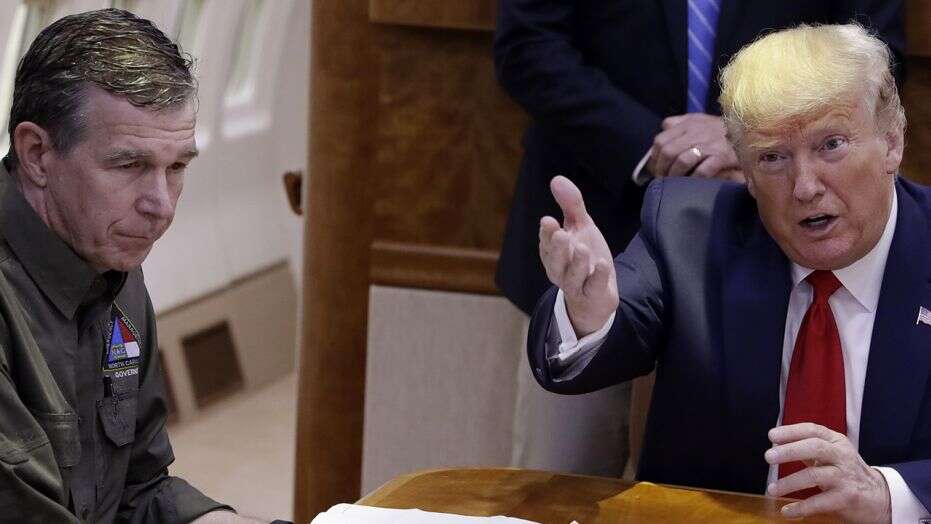 President Trump announced late Tuesday that Republicans are "forced" to seek another state to host their convention, saying North Carolina's governor was "still in Shelter-In-Place Mode" and had "refused to guarantee that we can have use of the Spectrum Arena" in Charlotte, despite earlier assurances.

The president didn't name an alternative venue. Earlier in the day, GOP officials said they had started visiting potential alternative sites after Gov. Roy Cooper, a Democrat, told them the coronavirus pandemic required them to prepare for a scaled-back event if they wanted to hold it in Charlotte.

"Had long planned to have the Republican National Convention in Charlotte, North Carolina, a place I love," Trump wrote on Twitter. "Now, @NC_Governor Roy Cooper and his representatives refuse to guarantee that we can have use of the Spectrum Arena - Spend millions of dollars, have everybody arrive, and then tell them they will not be able to gain entry. Governor Cooper is still in Shelter-In-Place Mode, and not allowing us to occupy the arena as originally anticipated and promised. Would have showcased beautiful North Carolina to the World, and brought in hundreds of millions of dollars, and jobs, for the State. Because of @NC_Governor, we are now forced to seek another State to host the 2020 Republican National Convention."

In a tweet after Trump's post, Cooper said it was "unfortunate" that Republicans "never agreed to scale down and make changes to keep people safe."

Cooper had written in a letter to the top convention organizer and the national GOP chairwoman that "planning for a scaled-down convention with fewer people, social distancing and face coverings is a necessity."

The letter came on the eve of a deadline from the GOP for assurances that Cooper would allow a full-scale event in August.

Later, Cooper told reporters it's unlikely that virus trends would allow a full-capacity nominating convention for Trump to proceed at Charlotte's NBA arena.

A scene from Donald Trump's acceptance speech on the final day of the Republican National Convention in Cleveland, in 2016. (AP Photo/Matt Rourke, File)

“We think it is unlikely that we would be to the point at the end of August to be able to have a jam packed 19,000-person convention in the Spectrum arena," Cooper said. "So the likelihood of it being in Charlotte depends upon the RNC’s willingness to discuss with us a scaled-down convention, which we would like to do.”

Republican National Committee Chairwoman Ronna McDaniel, one of the recipients of Cooper's letter, accused him of “dragging his feet” on giving them guidance for proceeding with convention plans. She released a statement saying that while the party would like to hold its event in Charlotte, “we have an obligation to our delegates and nominee to begin visiting the multiple cities and states” that have reached out to express interest in hosting.

Officials in Charlotte, meanwhile, posted on Twitter that they had yet to receive word from the Repubican National Committee about a relocation of the convention.

"We have yet to receive any official notification from the Republican National Committee regarding its intent for the location of the convention," a city statement said. "We have a contract in place with the RNC to host the convention and the City Attorney will be in contact with the attorneys for the RNC to understand their full intentions."

Republican governors of Tennessee, Florida and Georgia have said they would be interested in hosting if North Carolina fell through. Tennessee Gov. Bill Lee said that GOP officials are coming to scout Nashville on Thursday, calling the city "the best place in America to have a convention."

The New York Times has reported that Trump has "wondered aloud to several aides why the convention can’t be held in a hotel ballroom in Florida, a state with a Republican governor that is further along in relaxing restrictions related to the coronavirus."

Wednesday was the GOP's deadline for assurances from Cooper. Last week, Trump demanded Cooper that guarantee him a full-scale event or he would be forced to move the event elsewhere.

North Carolina faces an upward trend in its virus cases, reporting about 29,900 cumulative cases and 900 deaths as of Tuesday. Around 700 COVID-19 patients are currently hospitalized. Mecklenburg County accounted for 4,500 cases — more than double the next-highest county — and nearly 100 deaths.

“Look, we’re not going to move forward with any activities that do not follow federal, state or local requirements and regulations. So, we need to know what those requirements are going to be,” he said.

This is a developing story. Check back soon for updates. Fox News' Brooke Singman and The Associated Press contributed to this report.

Gregg Re is a lawyer and editor based in Los Angeles. Follow him on Twitter @gregg_re or email him at gregory.re@foxnews.com. 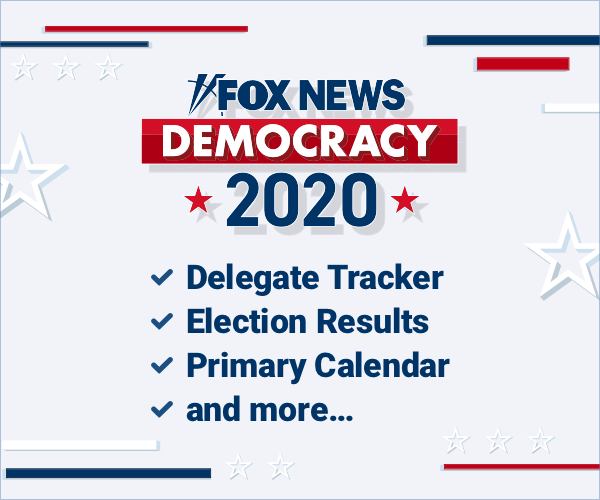 You've successfully subscribed to this newsletter! 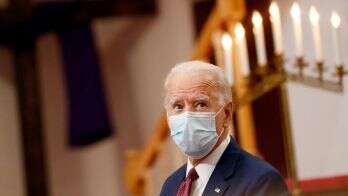 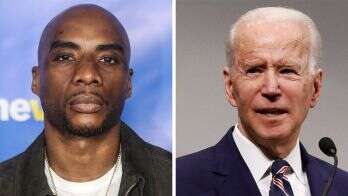 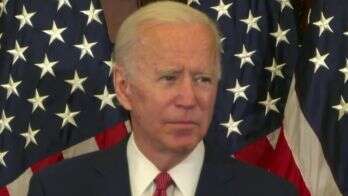 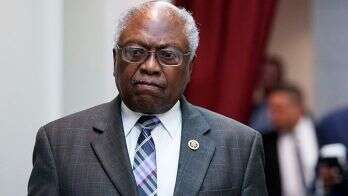